In the fall of 2015 at WPI, an idea was born. Legends say it was based on an old tale of a lonely man living in the mountains who would eat ice cream then immediately go run…….. FOR FUN.

Austin Scott approached the XC team with his vision for an event in which teammates would assemble into teams of four and take to the track to run a relay unlike no other. Each member shows up to the event ready to run a mile and armed with a pint of Ben & Jerry's brand ice cream (Containing more than 1200 total calories) and a spoon. Each runner has their pint seal inspected by the official before opening the seal but leaving the cap on. The lead runners then line up, take their marks, and EAT! Each runner eats their pint as fast as humanly possible, gets it evaluated by an official when they think it's done, then go run a mile. The hand off between runners in when the runner takes the lid off his teammate's ice cream. 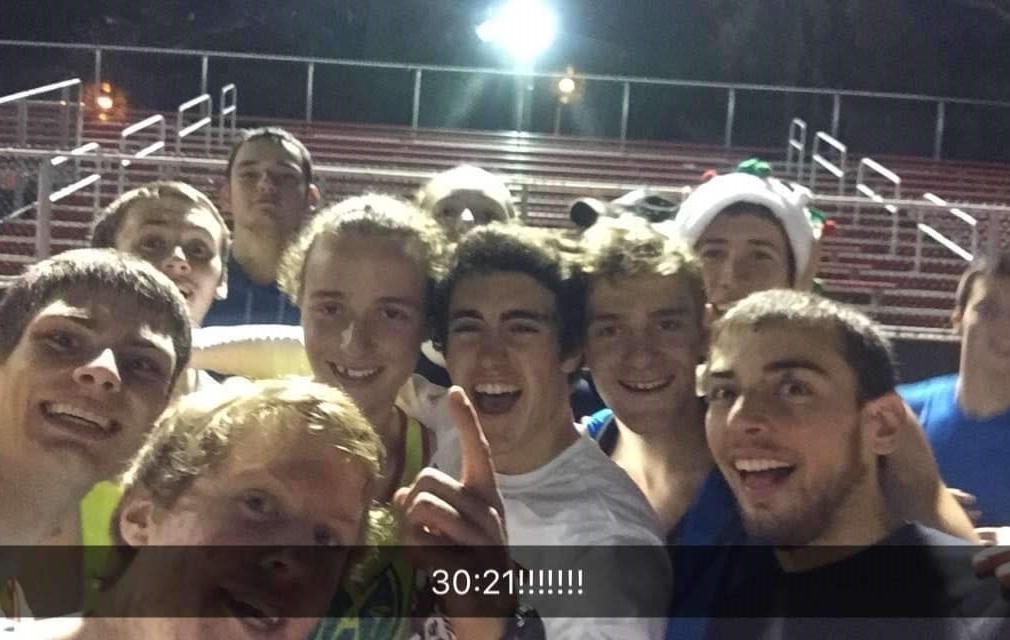 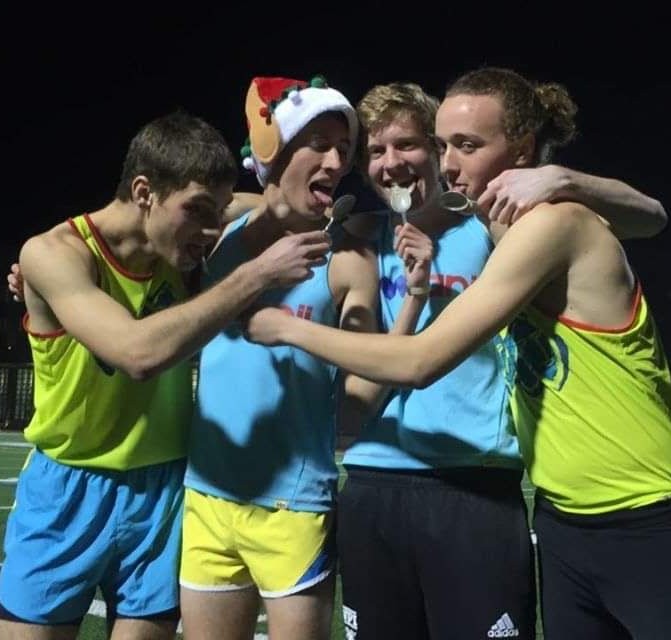 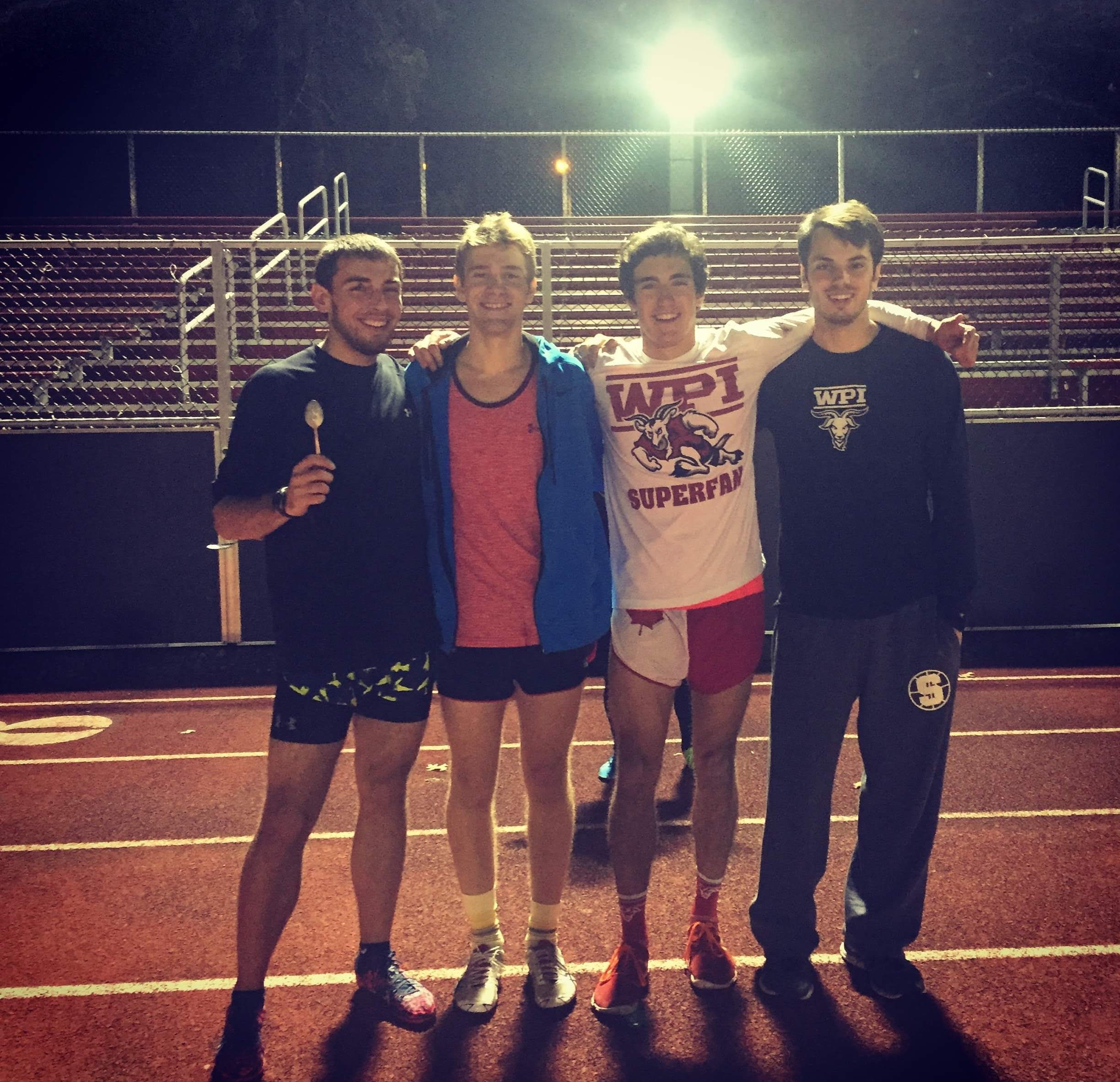 Other than the fact that this was the first year the event was run (The date is believed to be Sat. 12/12/2015 and the second Saturday in December due to XC season just ending and indoor track just starting) and it was very warm for the season (The daily high was 55 degrees F and low was 45 degrees F), not a whole lot is known about the first event.  The winning team consisted of Dave Goodrich, Dan Mortimer, Mark Landergan and Justin Trott in an unknown amount of time. 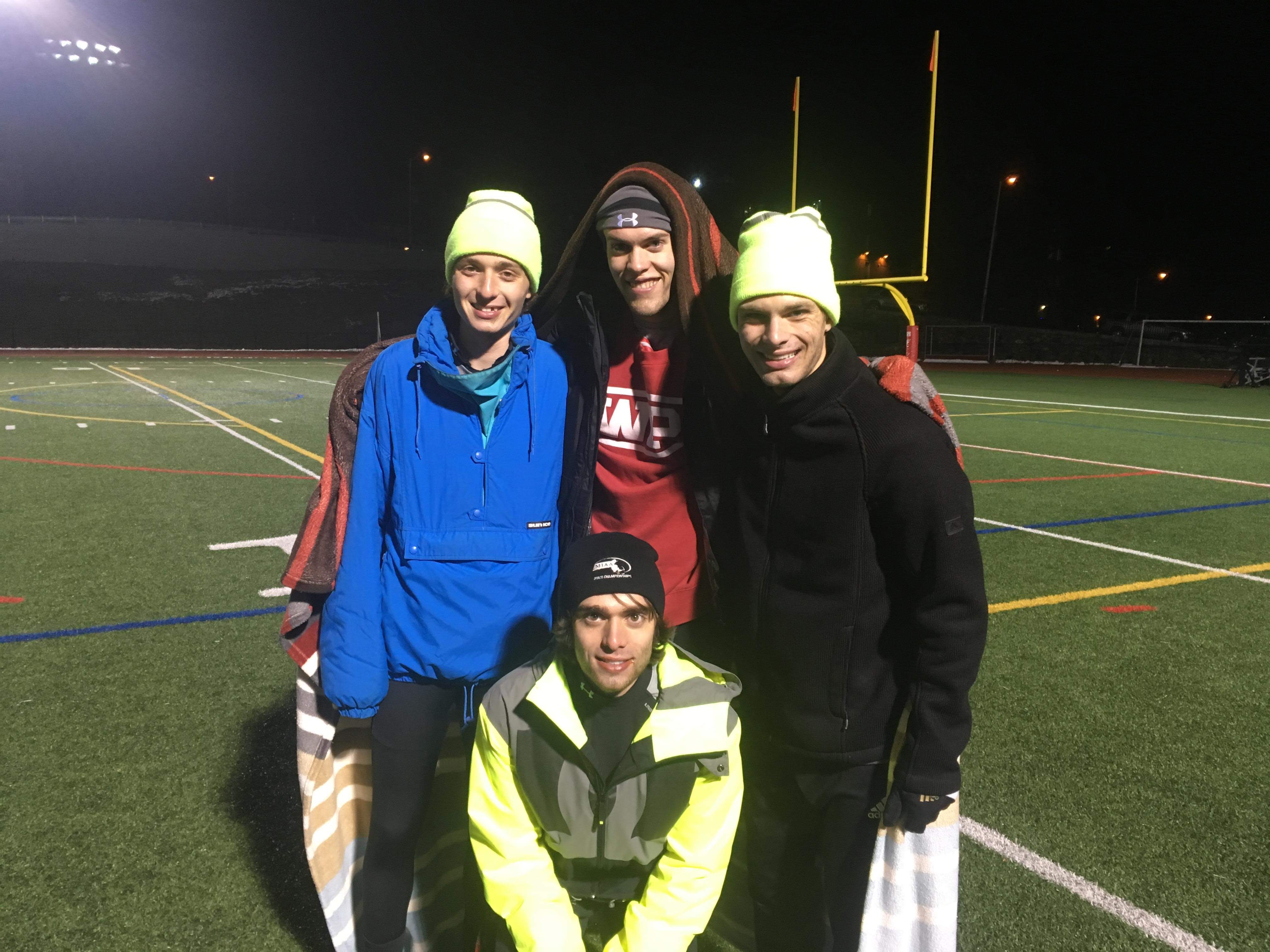 In the second year the event really started to pick up steam and it marked the first running by non-wpi track members! Conditions were much more brutal because while the date chosen (12/10/2016) was the second Saturday in Dec. just as it was the prior year, the daily high was 26 degrees F and daily low was 15 degrees F! Freshman Tom Hanlon talked up the event to some of his hometown friends who proceeded to come to Worcester and crush the field. The team of Calvin Graves, Pat Hanlon, Liam St. Ledger and Pat Bastek took the W in this prestigious event.

With the founders of the event graduated, this year was instrumental in the event becoming a tried and true yearly tradition. Sure enough in mid November plans and teams were assembled and the date was set for 12/9/2017 at 8pm. Temps were higher than the previous year with a daily high of 31 degrees F and daily low of 26 degrees F. The big story this year was the 7 inches of driving snow that fell into the evening as people made their way to the WPI track to eat some ice cold cream and run some miles. After a quick shovel job the race was underway. The race was won by none other than event founder Austin Scott, along with teammates Tristam Winship, Justin Trott and Jimmy Doty in 29:56. The alumni plus Matt team finished second in 33:37, the third place team ran 34:26 and the forth place team ran 35:13. Austin had run great splits in the past but with a complete team around him his dominance was amplified. And this was only the beginning. 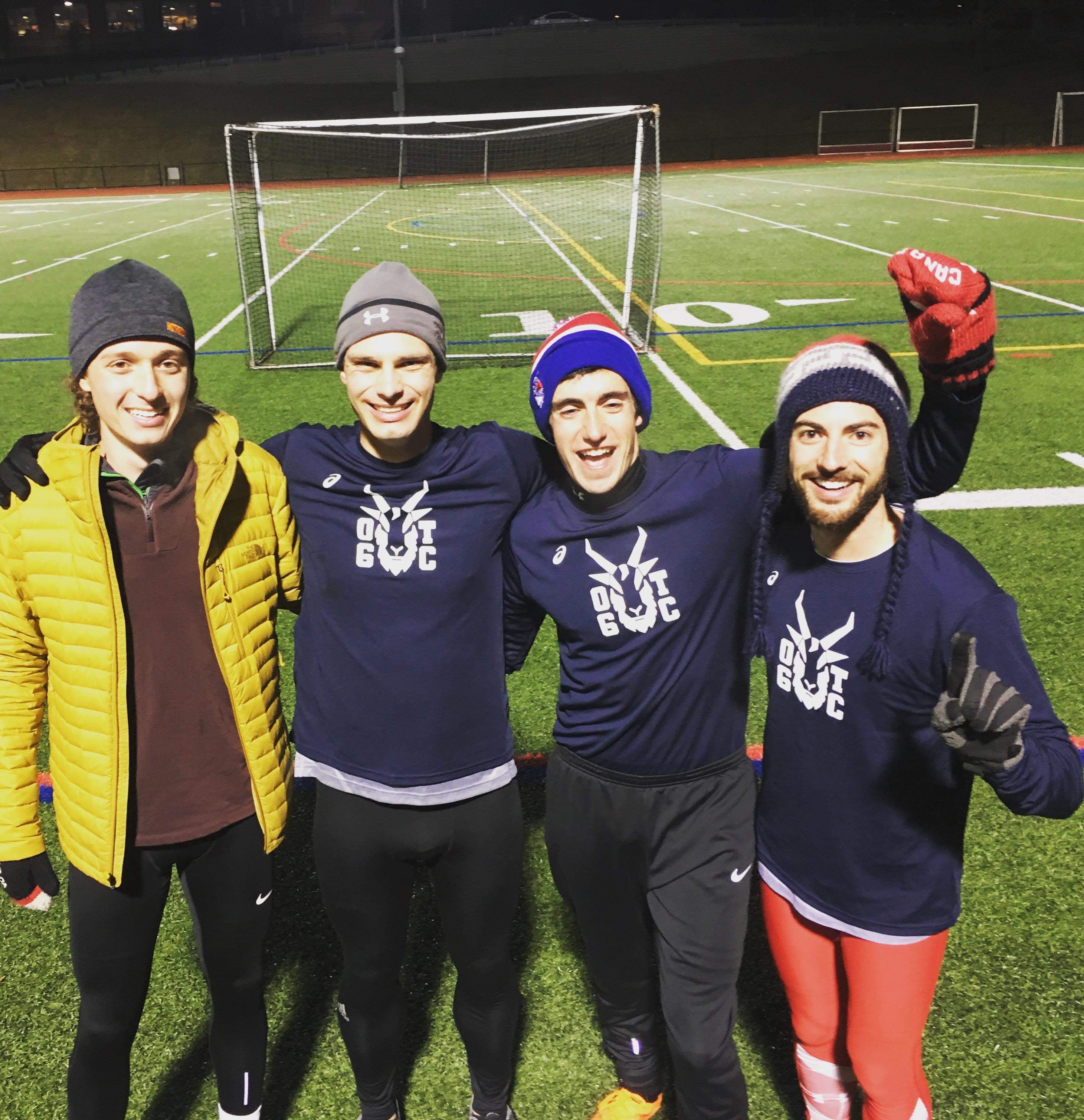 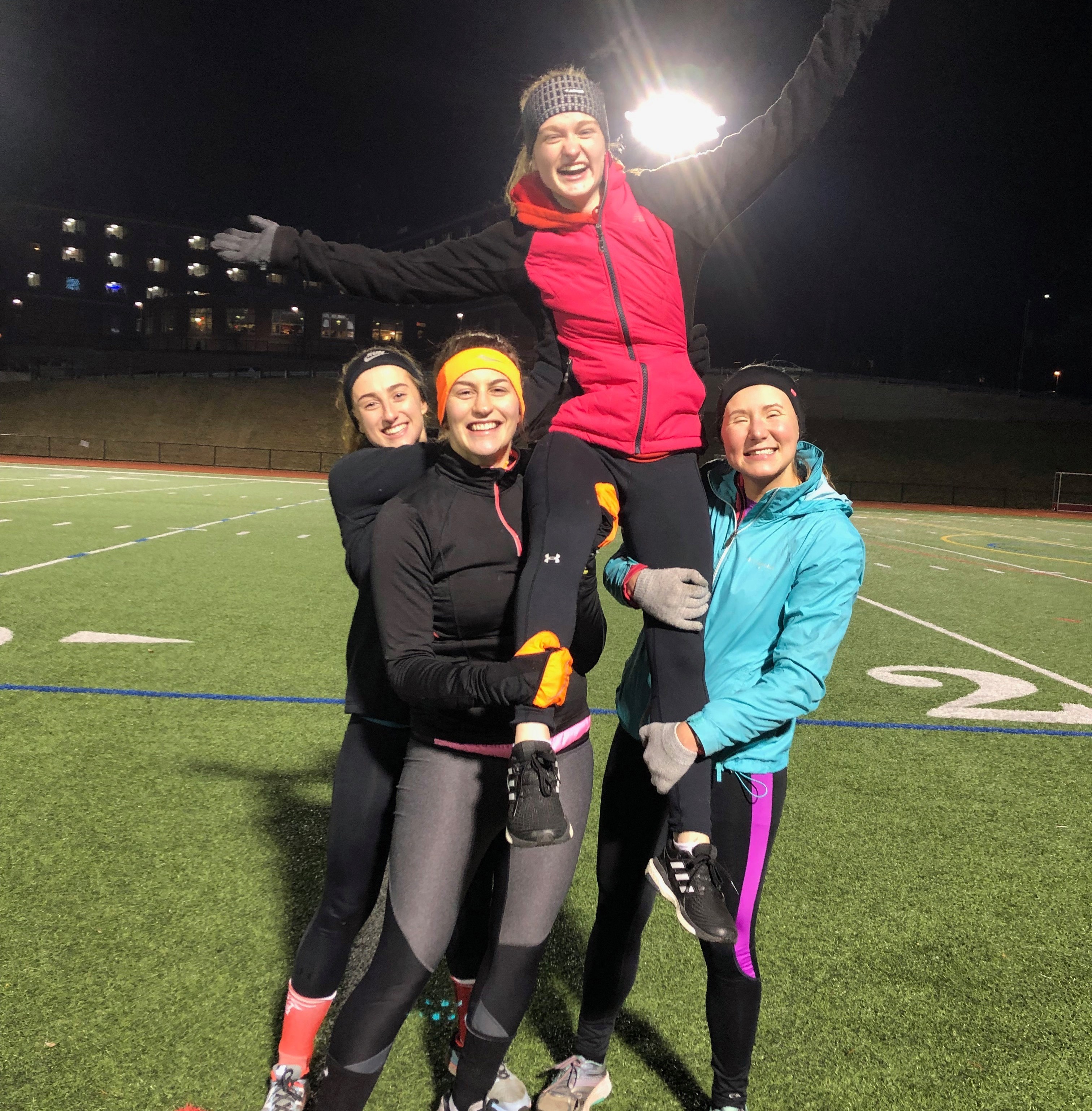 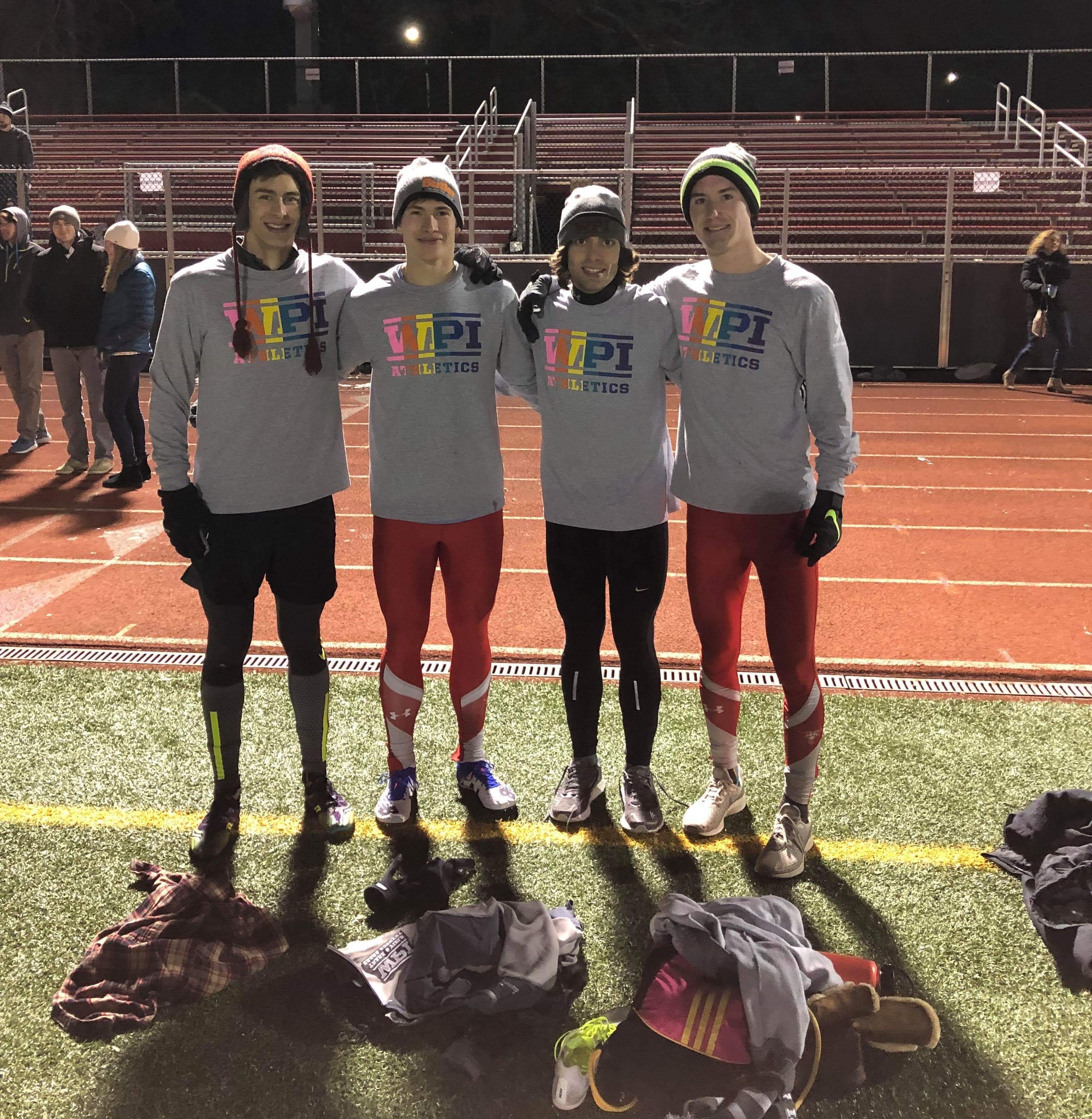 In year four of the B&J 4xmi the event had gained quite the following among the WPI track team. Even people who didn't want to run it themselves would come out to cheer on the athletes and build some great camaraderie. On 12/8/2018, a day with a daily high of 27 degrees F and daily low of 13 degrees F, the alumni from a year ago returned stronger and competed as a team this time. Coming off the founding season of the old goats, the quad of Kyle Gerlach, Dan Mortimer, Dave Goodrich and Austin Scott established a new gold standard of 25:54.

For the fifth straight year, the second Saturday in December was filled with ice cream eating, mile running action! On 2/7/2020 with daily highs of 27 degrees F and low of 15 degrees F, a flood of undergrads along with a bunch of alums took to the WPI track to have some fun. The race played out similarly to the previous year, with the old goats squad of Kyle Gerlach, Dan Mortimer, Dave Goodrich and Austin Scott repeating and claiming the crown in a time of 28:31. The second place team ran 31:38, third place was 33:11, fourth place was 34:30, fifth place was 35:59 and sixth was 44:49.

i want a website like this
Ucraft is committed to preventing phishing, malware and other types of fraud. In case of noticing any actions that violate applicable laws, regulations or third-party rights, please file your report here.
Ucraft is a free website builder that provides web designers, marketers and business owners with a set of web design tools to start their next awesome project in minutes. No coding or designer skills needed. Go to Ucraft